A West Virginia judge ruled that a school must allow a biological boy to try out for a girls’ cross-country team despite the state’s recent law limiting schools to allowing only students born as females into girls’ sports.

On Wednesday, (Bill Clinton-appointed Judge Joseph Goodwin of the U.S. District Court for the Southern District of West Virginia) issued a take-down of the state’s Save Women’s Sports Bill and ordered the state to allow 11-year-old transgender student Becky Pepper-Jackson to try out for a girl’s middle school cross-country team.

Goodwin claimed that the law is not valid while it faces a pending case against it, and the transgender student must be allowed to compete as if the law does not exist. “While this case is pending,” the judge wrote, “[the student] will be permitted to sign up for and participate in school athletics in the same way as her girl classmates.”

The law states that “[a]thletic teams or sports designated for females, women, or girls shall not be open to students of the male sex where selection for such teams is based upon competitive skill or the activity involved is a contact sport.” The law maintains that students will compete only on teams that correspond with their “biological sex.”

Goodwin excoriated the law as a “malignant harm” to transgender people and insisted that it violates the 14th Amendment to the U.S. Constitution. 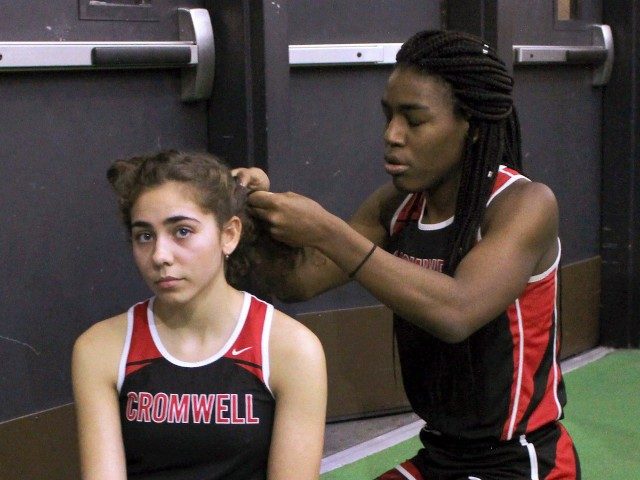 “A fear of the unknown and discomfort with the unfamiliar have motivated many of the most malignant harms committed by our country’s governments on their own citizens,” the judge wrote. “Out of fear of those less like them, the powerful have made laws that restricted who could attend what schools, who could work certain jobs, who could marry whom, and even how people can practice their religions.

“Recognizing that classifying human beings in ways that officially sanction harm is antithetical to democracy, the states ratified the Fourteenth Amendment. It ensures that no state may ‘deny to any person within its jurisdiction the equal protection of the laws,’” Goodwin continued. “Accordingly, the courts are most dubious of any law—state or federal—that treats groups of people differently.”

Goodwin added that as far as he is concerned, the law did not address any real problems.

“At this point, I have been provided with scant evidence that this law addresses any problem at all, let alone an important problem,” Goodwin exclaimed. “When the government distinguishes between different groups of people, those distinctions must be supported by compelling reasons.”

West Virginia is only one of at least half a dozen other states that have passed similar laws limiting transgender students to playing sports only in categories corresponding to their biological gender. Other states include Mississippi, Montana, Florida, Tennessee, Arkansas, and Alabama.

One thought on “2,639 Views/Comments (1k Per Hr.) Judge, “Forces” School to Accept Trans-Runner on Girls Team”